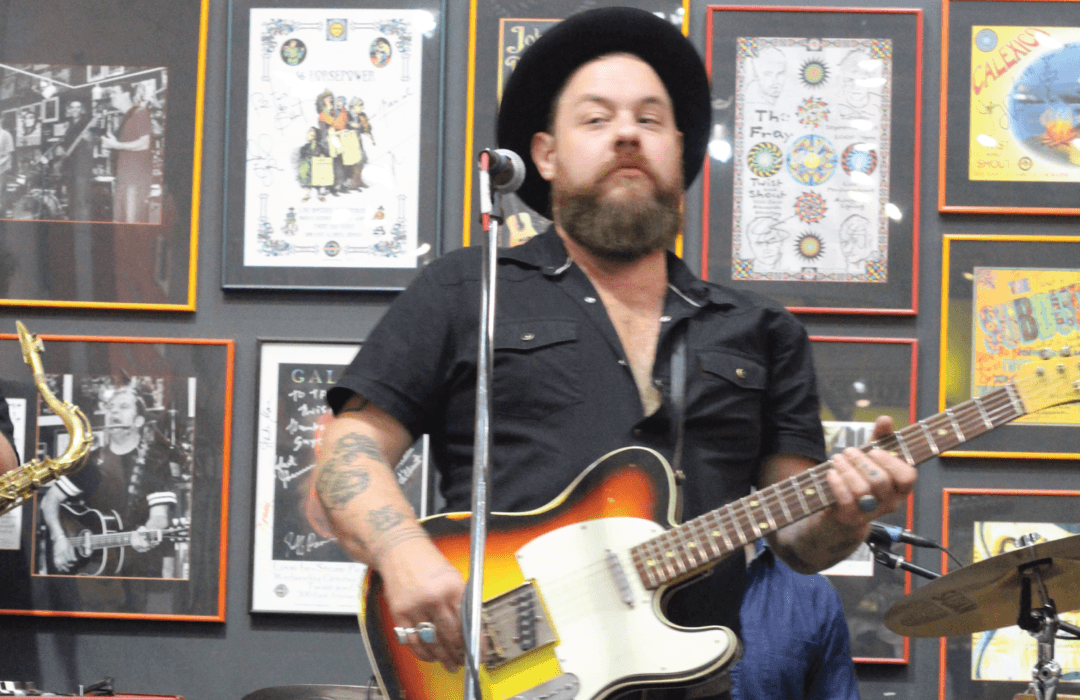 Welcome to another episode of From the Bottom of the Record Box. This week we have a bookend from Nathaniel Rateliff and The Night Sweats, a great cover song and a surprise new music track. If you would like to hear some of your favourite music played on the show then get in touch.

Nathaniel Rateliff & The Night Sweats … We’ve all had ’em

OK, so we kicked off Episode 1 by bookending Nathaniel Rateliff & The Night Sweats. They are a band that Tobin introduced me to a couple of months ago and as a result, I really enjoy the man’s work. Soulful rock music not really made for these times. You can listen to the whole album from which Intro is taken here. Released in March of 2018 it is their second studio album. For instance, I personally recommend the title track Tearing at the Seams, it’s definitely my favourite from the album. Consequently, I’ve worn a deep groove in the vinyl at that point!

So if you hadn’t already fallen for Nathaniel and his heavy soul backers then S.O.B. came back and ripped at your soul with his tortured lyrics and preacher-like delivery. Taken from their self-titled first album released in August 2015 it acted as a springboard for a full global tour. Whilst on tour they also recorded the quite wonderful eight-track EP A Little Something More From. This is a personal favourite of mine and will be featuring in future episodes of From the Bottom of the Record Box.

Joeseph Pope, his wonderful mom, Nathaniel Rateliff & Chris Tetzeli made my day swinging by to drop of their GOLD certified eponymous album. CO is proud of you @NRateliff pic.twitter.com/ICzYebzUmv

The rest of the show captures the diversity of music from one man and a guitar to the lavish arrangement of the cover by Nouvelle Vague. Ben Nichols is the frontman for the band Lucero, an Americana/Country Rock band hailing from Memphis, Tennessee. Nichols released his seven-track solo effort The Last Pale Light in the West in January 2009. It forms an interesting combination of guitar, piano, accordion & pedal steel.

mystically bizarre and ambiguous, and incorporate recurrent themes from his own personal mythos

Amanda Palmer is best known for fronting the dark cabaret band Dresden Dolls. She fronted with Brian Viglione. She has since had more success with her solo career. Palmer often collaborates with other artists, including her father! The mechanical, almost clockwork feel to the track only adds to its sinister intonation. It finally reaches into the fears we all had as children of dark entities coming to us in our sleep.

Palmer collaborates on this track with the authentically strange English musician Edward Ka-Spel (The Legendary Pink Dots). Ka-Spel’s lyrics have been described as “mystically bizarre and ambiguous, and incorporate recurrent themes from his own personal mythos”. The whole album I Can Spin a Rainbow smacks of Ka-Spel’s love of electronica and mysticism. We recommend consuming the whole album in one sitting rather than piecemeal. “So why did you play only one track?” I hear the listeners scream in unison. To whet your appetite for more of course!

Nouvelle Vague is the brainchild of French music producers Marc Collin and Olivier Libaux. The two brought together a mixed bag of Brazilian and French vocalists. The chosen vocalists were unfamiliar with the covers they were going to record. This ensured a real fresh, new and imaginative take on some New Wave (in French Nouvelle Vague) post-punk classics. The covers were mainly arranged in the Bossa Nova style. Besides the wonderful arrangements on every Nouvelle Vague album, the cover artwork on each one is exceptional IMHO.

This particular track is a cover of The Undertones‘ 1978 classic. Reputedly legendary DJ John Peel’s all-time favourite song. The first line of the song “Teenage kicks so hard to beat” is etched on John’s headstone at his request. 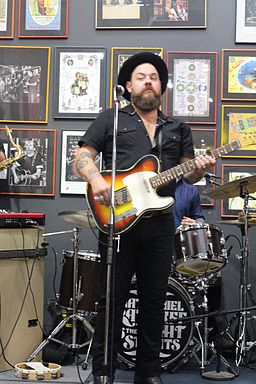 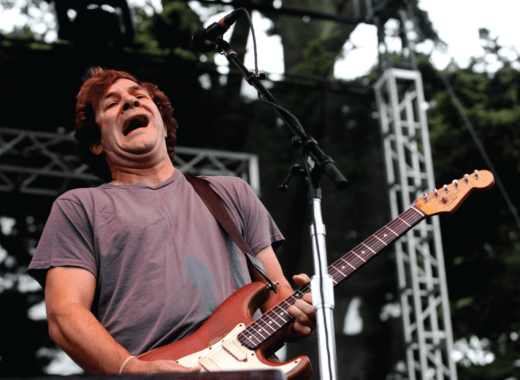