We have 2 aspiring new musicians on today’s show, Minerva and the theatrically bizarre Savannah Pope. Musically diverse as they are, both tracks showcase some fantastic talent. Sadly, from what Abril says Minerva don’t have anything in the pipeline. On the other hand, Savannah Pope has intimated that she might be coming to the UK to perform. Yeah, of course, we’ll be there. Let’s hope that Savannah, a friend of the show, gives us an exclusive interview backstage.

Abril and Savannah Pope both reached out to us via our Instagram page. If you are a recording artist just like these two, we’d love to hear from you. Tag us #fromthebottomoftherecordbox and we’ll get in touch. We love to play fresh, new music and support the music community. Please rate the show, we love a bit of a slap in the face!

We here at Record Box HQ are merely curators, you are the creators

About saying something to introduce the track, well, it depends on how much you want me to say. I can tell you a bit about its story.

Sound-wise, we wanted to do a delicate jazzy song without much artifice

The song was co-written between the guitarist of the band (Lluís Rodriguez) and myself (Abril Gabriele) and it’s about Lluís‘ grandmother’s Alzheimer’s Disease and those final days where she was fading away. Sound-wise, we wanted to do a delicate jazzy song without much artifice.

With Minerva, we edited the Album “M” whilst we weren’t signed. I now live in London, therefore, we don’t have any plans on recording anything in the near future. Firstly, if people want to hear us they can find us on Spotify and other streaming platforms. Secondly, if you want you can visit the website for more information (website currently offline – December 15th 2019 – awaiting update).

I’m currently working on a new album – my first full solo album – which is set for release early 2019!
Featured in this post is my most recent music video. I created it frame by frame using original footage, graphics, and animation techniques. Subsequently, I put it out a few weeks ago and am proud to say the song and video have gotten some recognition from outlets such as LA Weekly and Digital Tourbus. After that artists/public figures like British film director Edgar Wright (Baby Driver, Scott Pilgrim vs the World) have recognised it. The song has also gotten a lot of play on Spotify, as a result of being scouted by playlists such as Hits Daily Double.

I have been a fixture in the Los Angeles music scene for over five years. Until one year ago, I was the vocalist and leader of glam rock band SpaceCream, which released the acclaimed album Pterodactyl Sky in 2016. I have played LA Fashion Week and opened for national artists such as Jesse Hughes (Eagles of Death Metal), Nick Oliveri (Queens of the Stone Age), and VOLTO (Danny Carey of Tool).

Born in LA, my background story is undeniably different from the average bear’s. I was an angsty, precocious kid who wound up at a boarding school for wayward teens when I was 14 years old. It was there that a friend taught me some chords on the guitar, which prompted me to start writing songs.

After high school, I travelled extensively, painting and learning my way across several continents. Consequently, I even spent some time in the Amazon with Quechua natives. On my return I wandered onstage during a friend’s open mic and got an incredible response. After that, I fell in love with performing, as a result of that accident.  Therefore, I have been hooked ever since.

Critics have deemed my vocal chops stunning and unique

Perhaps the best way to immerse oneself in my world is to see me onstage. Firstly I utilise my live performances to present a new brand of art rock steeped in glam and prog. Secondly, I present an unpaired blend of riveting musicianship, garish style, and theatricality.

Thanks very much! Excited to be on the show! 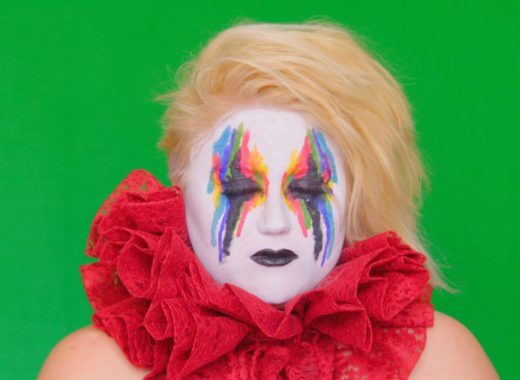